Lindesnes Lighthouse (Norwegian: Lindesnes fyrstasjon) is a coastal lighthouse and museum on the southernmost tip of mainland Norway, the peninsula Neset. It is also the oldest lighthouse station in Norway, first lit in 1655. To avoid confusion with the lighthouse at Skagen in Denmark, it was lit in conjunction with Markøy Lighthouse.
It has gone through several changes since it was built: In 1822, it was refitted with a coal lamp, and in 1854 a new lamp was installed with the current lens. The current cast iron tower was set up in 1915 and fitted with the old Fresnel lens. In 1920 the lighthouse station got its first fog signal, a siren. The fog signal and its machinery is placed in a building beside the tower.
During World War II Lindesnes lighthouse was taken over by the Germans. Being an important watchpoint, the Germans built a small fortress with four guns and, after a while, a radar antenna. The traces from World War II are visible as trenches, tunnels, etc.
In the 1950s the lighthouse station was electrified and the fog signal was replaced with a powerful Diaphone. The fog signal was closed as a navigational aid in 1988, but it is still operational and being used on special occasions.
Lindesnes lighthouse is owned by the Norwegian Coastal Administration and still is an active lighthouse. It also operates as a museum by the non-profit Lindesnes Lighthouse Museum Foundation.[1] In addition to the buildings belonging to the lighthouse, keeper's cottages, sheds and boathouses, Lindesnes lighthouse has a visitor centre inside the mountain with exhibitions, a cinema hall and a cafeteria. There's also a museum shop. Lindesnes lighthouse museum is a part of the National museums of coastal infrastructure, Kystmusea, together with Tungenes lighthouse outside Stavanger, Dalsfjord lighthouse museum at Sunnmøre and the Lofoten Museum in Kabelvåg.[2] Kystmusea cooperates closely with Norwegian Coastal Administration. 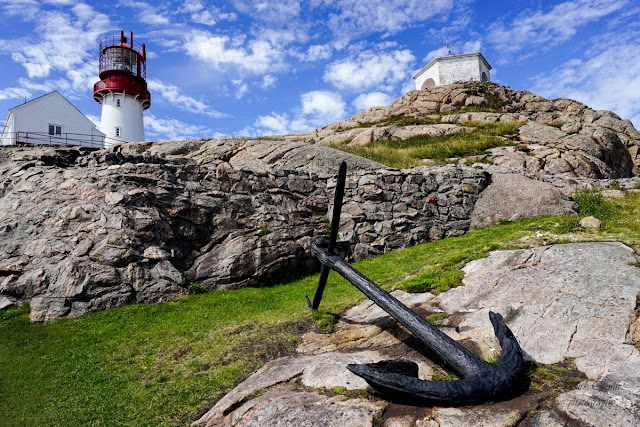 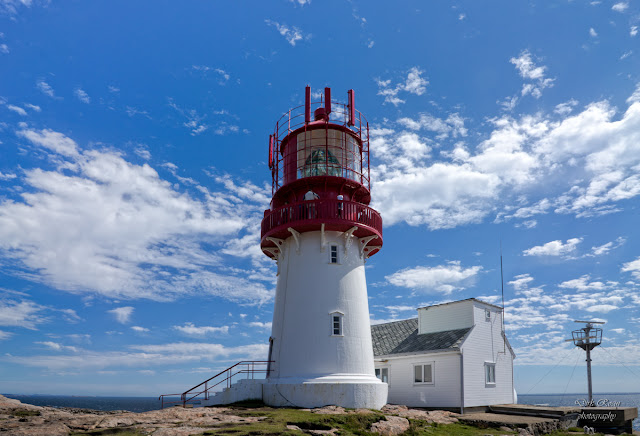 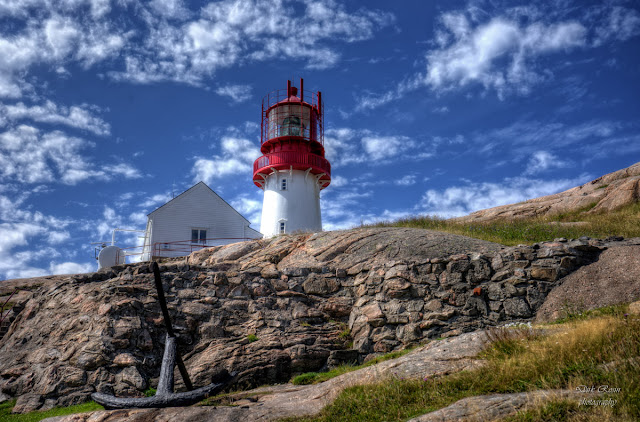